///   Bentley Motors is known for making some of the finest vehicles in the world. They combine sleek designs, exceptional materials, and new technology along with their historical craftsmanship to build some very impressive cars.

Ever wonder what it takes to build a Bentley? Or let alone that sculpted, beautifully mirror-matched veneer that runs throughout their interior? The countless hours of research, testing, sourcing, and just plain artistry that go into each car is pretty remarkable.

Last fall we took a trip with Director/Producer, Basem Wasef, to visit Bentley's headquarters in Crewe, UK to answer some of these questions. We followed their team of Veneer Hunters on an exhaustive search for a new veneer, which led to some promising options in the Southeastern US, deep in the Mississippi wetlands.

Heading into this shoot, we knew it was going to be a fairly tight schedule; three days in the UK followed by another four days in Mississippi. Shooting as a two-man crew having to knock out shots at a fast pace, we had to be efficient and move quick. We also had to fly in with a wide arsenal of equipment to cover all of our setups (interviews, car-to-car, gimbal, drone, support, etc.).

We flew into Manchester with a sizable kit; 13 maxed-out cases and backpacks filled to the brim with batteries ready to shoot. After presenting our carnet and clearing customs, we packed up our Volkswagen rental van and headed off to Bentley headquarters. Little did we know our trip was going to be off to a bumpy start…

Death of a Transport Van

Within minutes of hitting the road, our trusty rental van began to smoke heavily and the cabin filled with a sweet smell. The van was grinding and chugging every time the vehicle tried to shift. With a tech scout that evening and already behind schedule, we didn’t have time to head back and swap out vehicles. Opting to push ahead in a painfully slow 2nd gear, we crawled through small English roads to our hotel and offload the gear. As we parked, the van whistled quietly as smoke continued to pour out, as if to breath a final sigh of relief. Sorry Volkswagen – RIP

We stayed at The Bear’s Paw, a picturesque British inn on the outskirts of town with quant little rooms, perfect for a weekend getaway. However, with more than a dozen cases filled with production equipment to load in/out twice a day with no elevator, it became a literal pain in our backs. After unloading our dying van, we headed off to scout the Bentley Motors factory and CW1 House. Crewe is an old railway town south of Manchester, primarily known as the home of Bentley Motors and previous home to Rolls Royce up until 2002. Set up in 1938 as a manufacturing plant for Rolls-Royce Merlin aircraft engines during WWII, the factory is out in the middle of the country and has changed very little. At around 4,000 employees, Bentley still performs many of the manufacturing processes the way they’ve done for years – by hand. Well trained in their craft, these workers are truly artisans.

Named after the postal code of Bentley’s factory, CW1 House is Bentley’s flagship showroom. It’s where customers visit to order and customize almost every aspect of their vehicles including; paint, leather treatments, accents, accessories, wood veneer and much more.

We had limited time with each interviewee, and typically had to bounce between interview setups and a more run-n-gun setup for b-roll on the factory floor. For this we had a permanent interview area; setup, lit and ready to shoot with a RED Weapon Helium 8K, Sony A7s ii on a Kessler slider, and a variety of F&V LED lights. Upon wrapping each interview, we’d switch back to our MōVI Pro and RED Weapon to hit the factory floor for more b-roll. Before a new veneer is brought into Bentley’s lineup, a lot of research, testing, and analysis has to be done. Being the first new veneer offered by Bentley in over five years, Liquid Amber has a unique place in Bentley’s lineup.

Their designers, or Veneer Hunters, search for a veneer that not only looks great alongside their wide assort of interior options, but must have the durability to last decades of wear and tear, as well as be sourced responsibly and sustainably. This process takes at least 18 months to complete before the veneer is ever placed into a car. Liquid Amber checked all the boxes needed for this new veneer.

After the Veneer Hunters were satisfied, it was time to obtain the new veneer and begin production. This brought us to Mississippi.

After traveling so often, you pick up tricks to make every pound count. With so much equipment to manage, we typically bring a scale for weighing our bags prior to heading to the airport. This makes checking in much easier, especially when the attendants sees you roll up with a couple carts of heavy cases.

Every airport has their own regulations regarding luggage - specifically heavy luggage. Although we arrived to Manchester with our media bags weighed at proper limits, the Manchester staff had lower weight restrictions on bags, everything must be under 70lbs. With multiple bags set to the US standard of 100lbs and no spare cases we were in a bit of a jam.

After almost missing our flight Liquid Amber is sourced from the American Red Gum tree; also know as American Sweet Gum. This specific variety, which produces the high quality veneer for Bentley, only grows along the moist soils of the Mississippi wetlands. We followed their team of Veneer Hunters to Vicksburg, Mississippi to explore these trees.

Shooting on location can present its own challenges; let alone dealing with power and media management. We were shooting among the Red Gum trees along the Mississippi river and had to pack our gear to be efficient and portable enough for the two of us to manage, carry and setup quickly. As well, we needed enough battery power to hold us over for the entire day. We relied on an arsenal of V-Mounts, an inverter and a makeshift charging station back in our mini-van to get us through the day.

Bentley carefully sources Red Gums; only removing a few select trees so the next generation of Red Gums can grow in their place in the coming decades.

These high quality logs are then dimensioned and sent off for veneer slicing.  The wood is put through a natural smoking process, which takes several weeks, which gives it a deep, brown luster with a warm, red hue. After completing the smoking process, the matched veneers are transported 4,500 miles back to the team of experts in the Bentley woodshop in Crewe.

The Bentayga is one of Bentley’s newest models, which showcases Liquid Amber throughout the interior. Since it only seemed fitting to have the final product among the Red Gum trees, we decided Mississippi would make a perfect location to shoot our car-to-car and hero shots.

After scouting a few locations, we settled on a small path along the river. This gave us the opportunity to show the car in an open and natural setting. Although a great location, it left both the Bentayga and Myles needing a bath.

Having never been to Mississippi, we were excited to try some southern cuisine – or as we learned the customary saying, “Put some South in your mouth.” Lets just say if you ever find yourself, in MS you should try the dry-rub ribs, chocolate covered bacon, and of course, the Mississippi Mud. 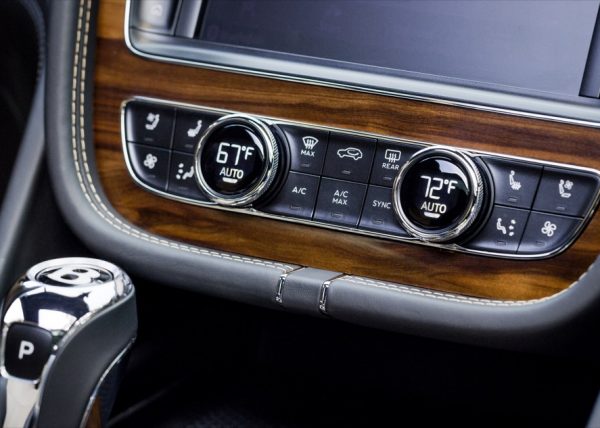 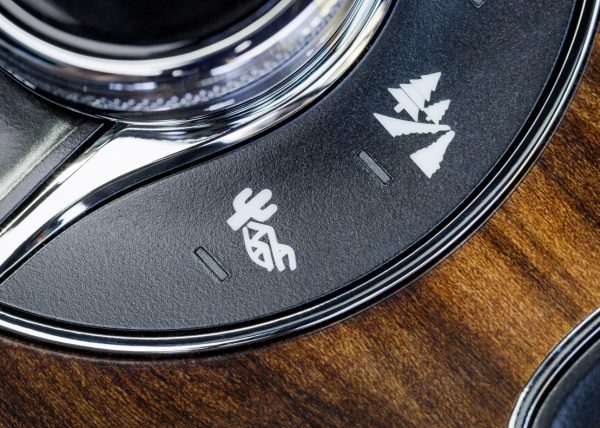 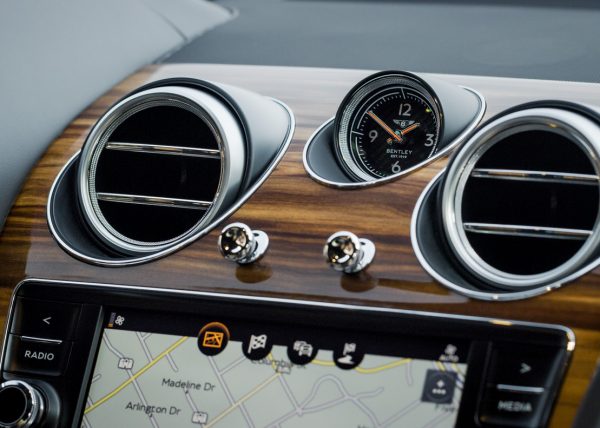 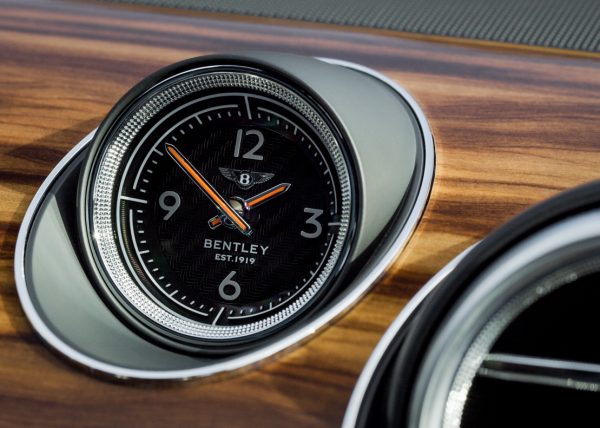 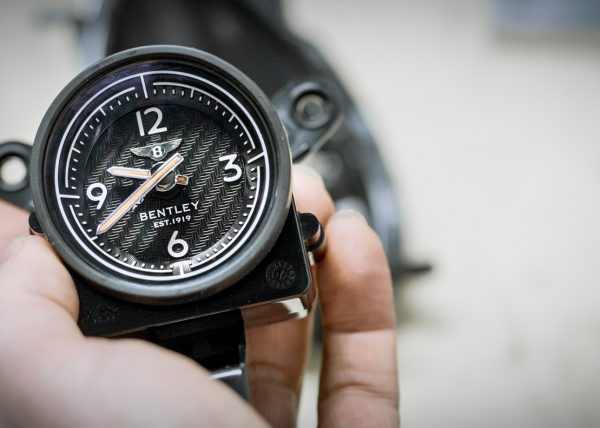 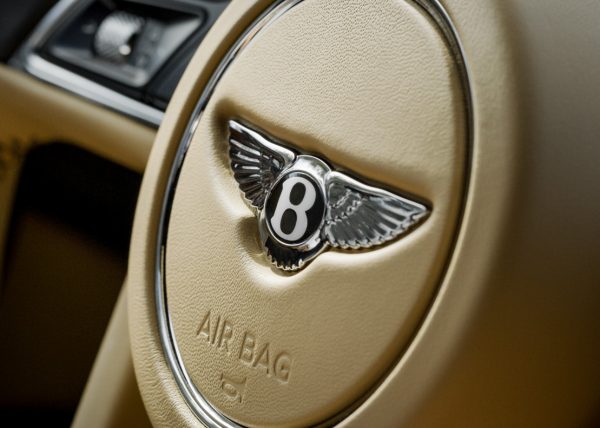 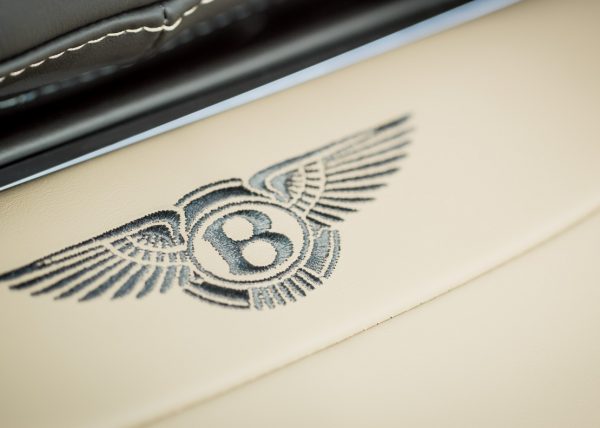 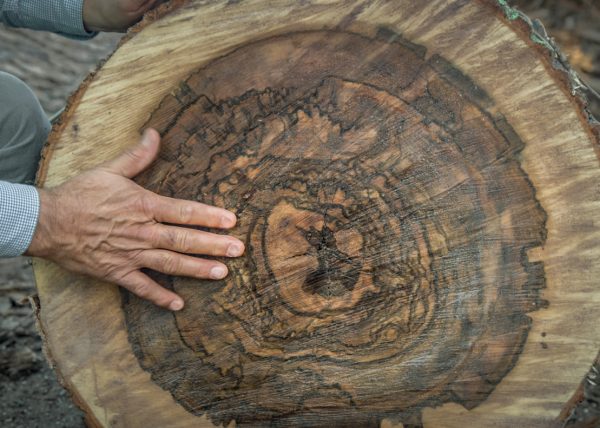 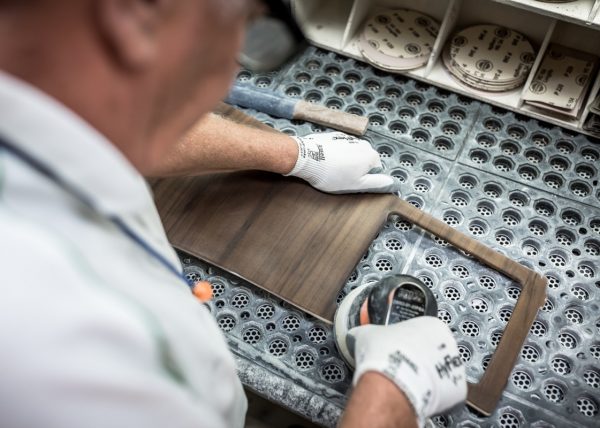 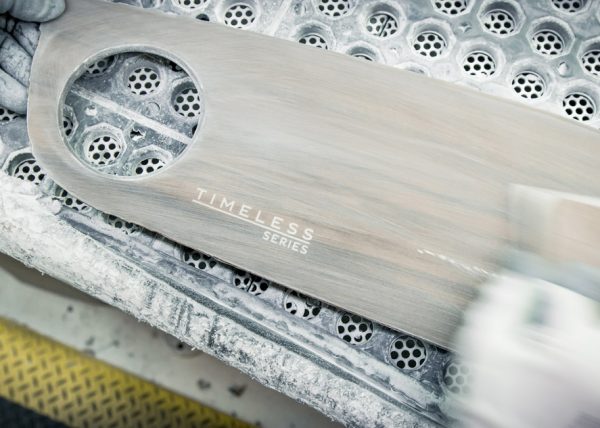 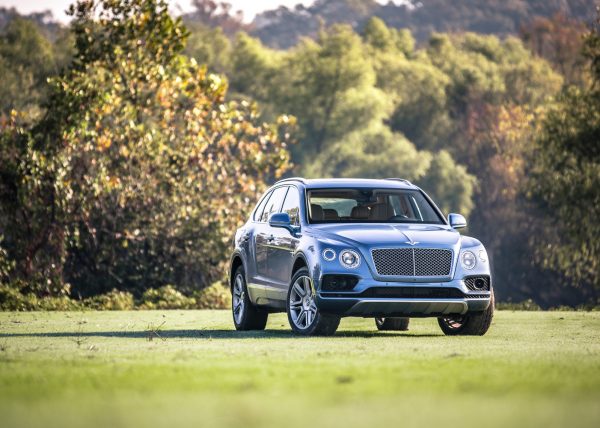 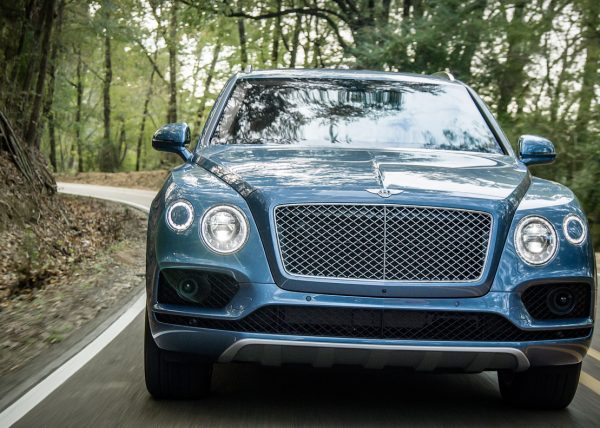 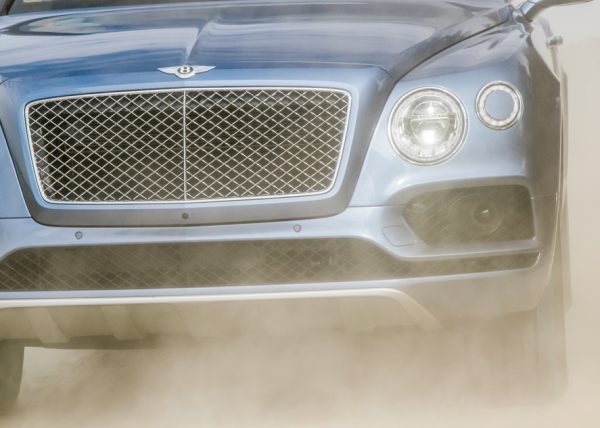 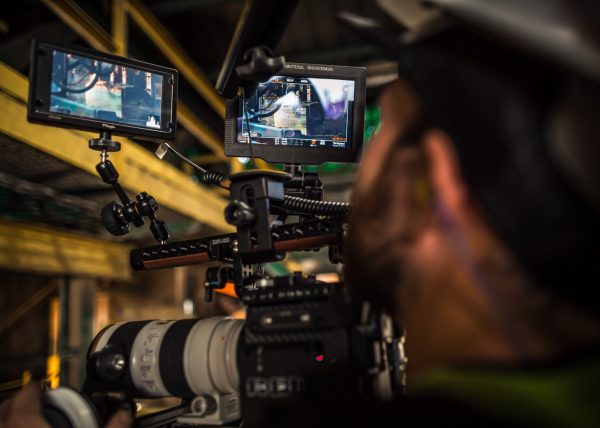 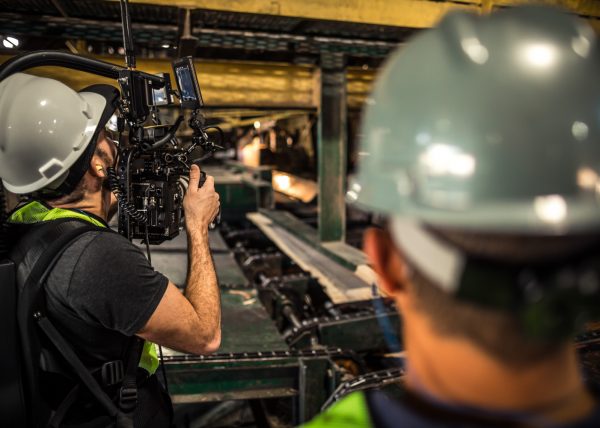 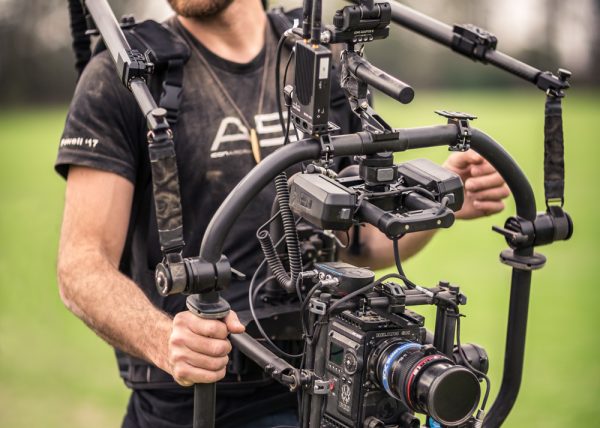 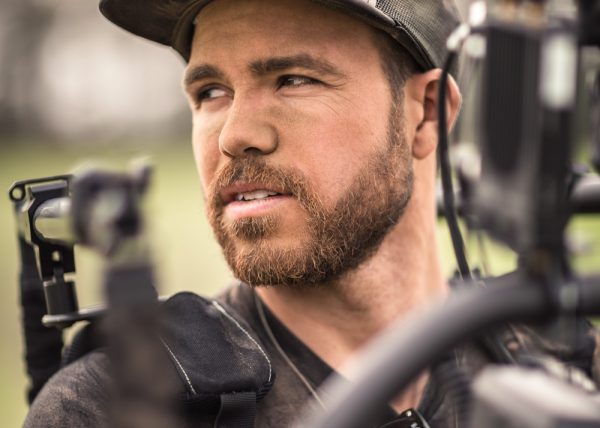 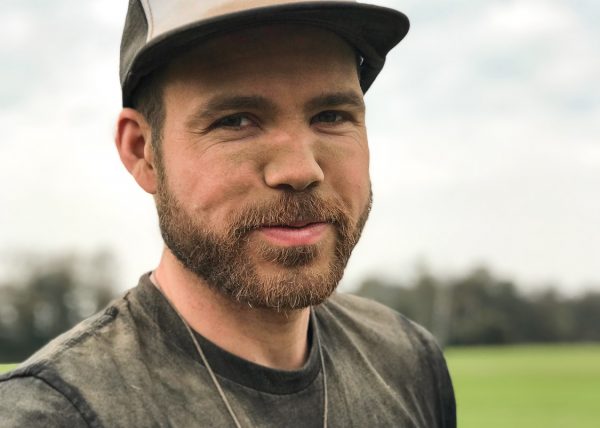 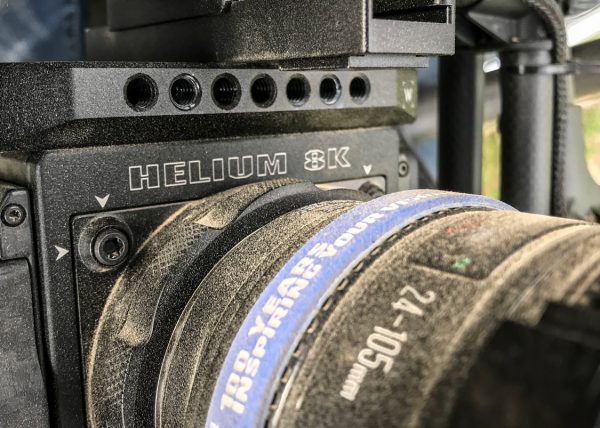 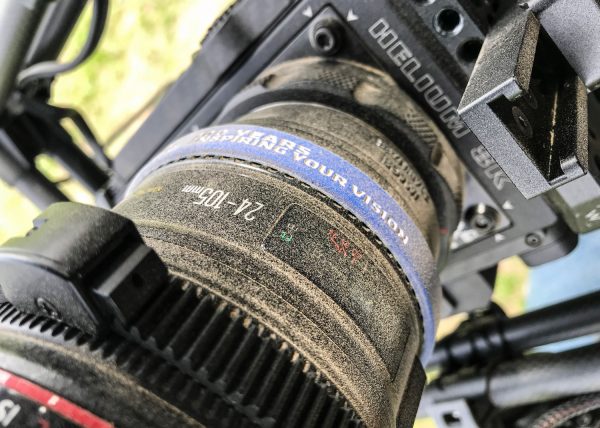 The Bahamas and a Super Yacht | BOAT InternationalNews 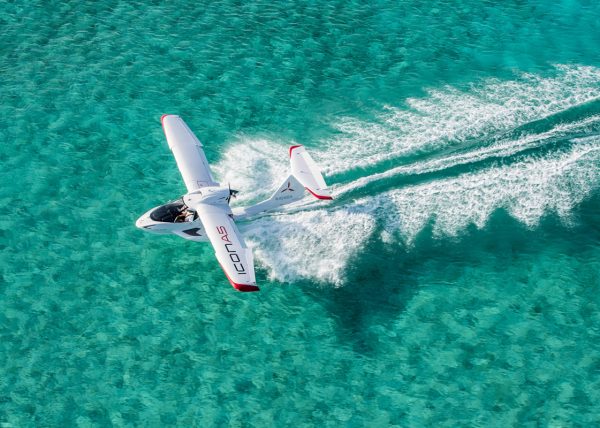 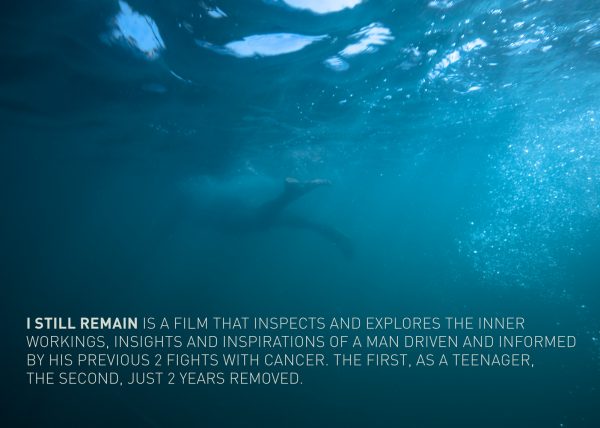 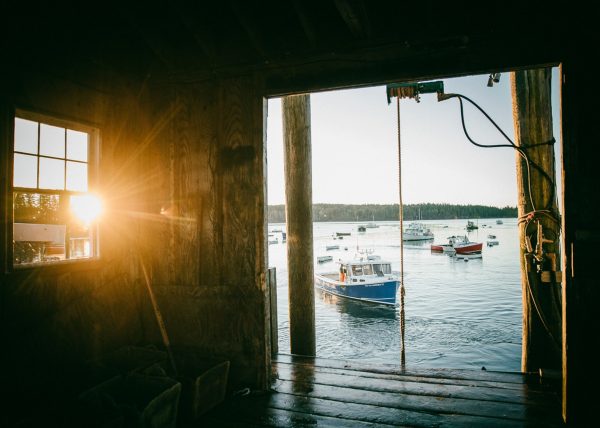 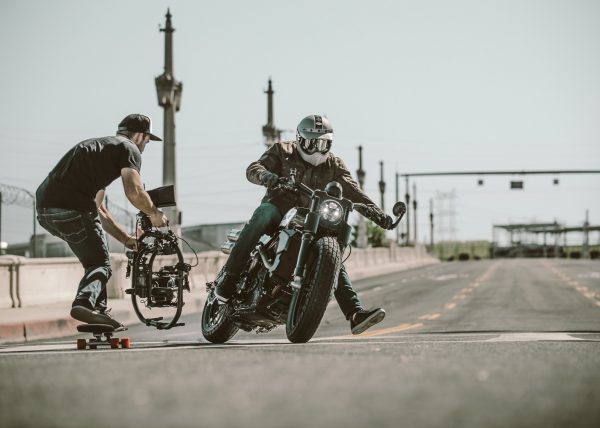